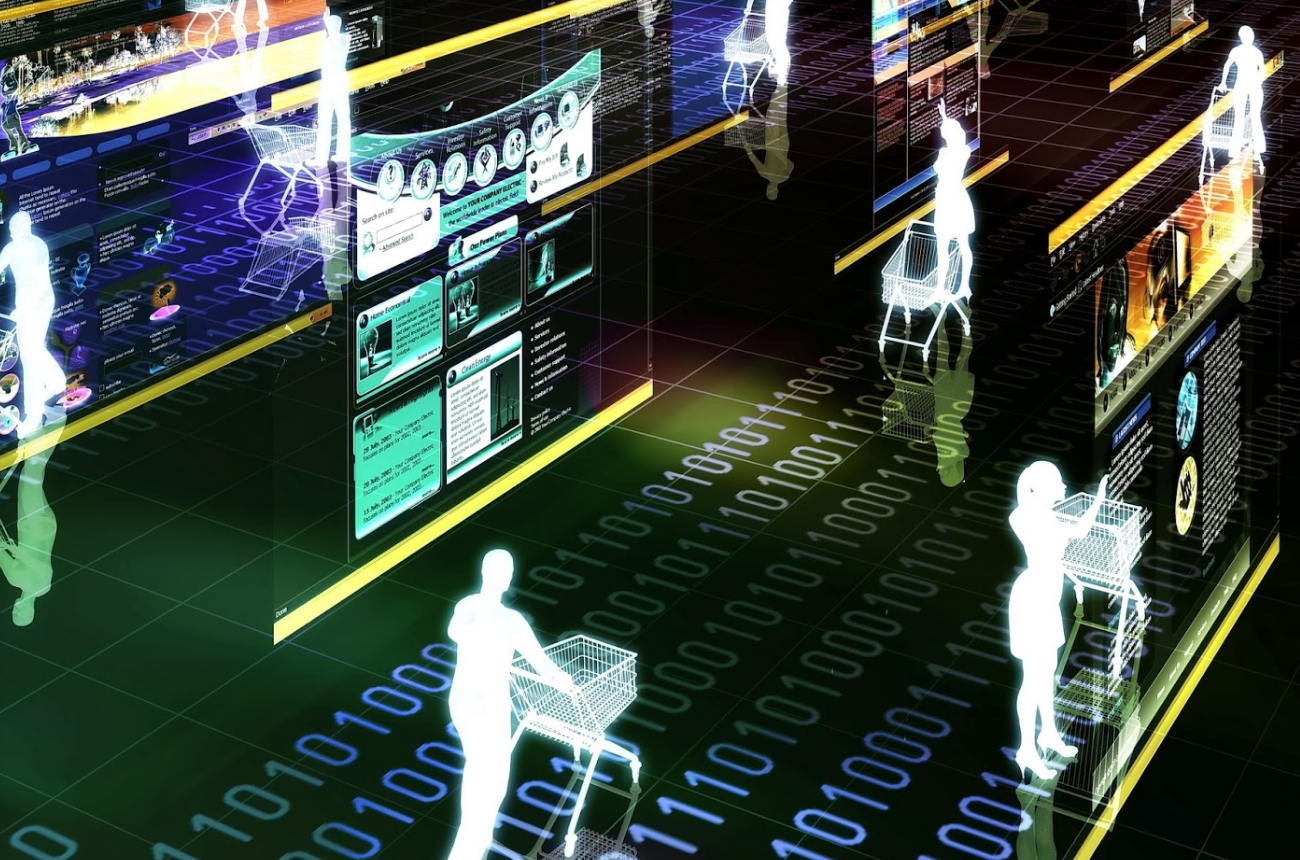 RFID is on the rise. In Kurt Salmon’s first large retail study of radio frequency identification (RFID) in 2014, 34% of respondents had either implemented or were currently implementing or piloting RFID. Today, that’s more than doubled, to 73%. Part of the reason for the significant growth in RFID use is that more and more retailers have the ROI data to prove that the technology is delivering significant results.

In May 2016, Kurt Salmon surveyed 60 soft lines retailers and wholesalers with revenues of at least $500 million, following a survey of a similar group of retailers in 2014.

One standout among ROI measures: inventory accuracy. Inventory accuracy is the most widely used metric—93% of retailers surveyed measure it related to RFID—with the largest improvements due to RFID—an average of 25.4%. Even more interesting: Retailers reported that lack of inventory accuracy accounts for a loss of 8.7% of total sales, on average.

For the 27% of retailers not implementing RFID, 86% say it’s because management is focused on other priorities, but only 2% said management didn’t believe RFID would provide substantial benefits.

Perhaps the most important questions for retailers still on the fence about RFID or for those looking to benchmark their existing implementation are these: How are retailers using RFID, and what kind of benefits are they receiving?

Retailers are experiencing challenges in keeping up with the inventory and visibility demands that today’s consumer-centric, hypercompetitive retail environment requires.

Top challenges include the need to:

Many retailers across categories are using RFID to attack these challenges, and RFID is proving to be an especially effective weapon.

Given these impressive results, it’s no surprise that 85% of respondents are using RFID for improving inventory accuracy—the same goes for retailers and wholesalers and across all categories (basics, footwear, fashion and accessories). Beyond inventory accuracy, retailers and wholesalers in three out of four categories indicated that supporting omnichannel was the second-highest use case. The only variance in the data came from accessories, which reported increased benefits from reductions in time and labor.

In fact, the survey showed RFID technology spending is projected to grow at a 22% CAGR between 2015 and 2018.

In addition to inventory accuracy, leading retailers are working toward other use cases. Companies are beginning to realize other potential uses of the massive amounts of data associated with RFID that go beyond just identification tags. RFID is an enabling technology that can be used to grow an omnichannel and customer-centric environment.

For example, retailers are using RFID to support their omnichannel initiatives like buy online, pick up in store (BOPUS) and ship-from-store. Within the categories of basics and fashion, BOPUS is the highest-rated use case, while within footwear and accessories, ship-from-store was reported as the use case providing the most benefits. Accurate inventory data can reduce split shipments, overall shipping costs and labor hours, allowing for more focus on a customer-centric environment. Retailers are aware of this: Forty-eight percent of companies surveyed said increasing ordering options was a top challenge, 28% said it was combating increased out-of-stock levels and another 28% reported a top challenge to be poor inventory visibility.

As operational improvements are integrated, the business can focus on true customer engagement enhancements that aren’t possible with traditional inventory tracking systems. For example, customer engagement applications of RFID entice customers to interact with products in the store in new ways. Some of these initiatives also let retailers save on labor, such as RFID price check or automated checkout, while others let customers move through an individualized experience, such as interactive environments or display screens.

And still other emerging applications could present significant growth opportunities in the future, including self-checkout, smart fitting rooms and smart shopping baskets. Over 40% of retailers are currently working with RFID to enable interactive environments.

Each use case has individual benefits that can positively affect the bottom line. Retailers who have been able to measure ROI are seeing RFID’s benefits and plan to keep using it. In fact, 85% plan to use or continue to use RFID to improve backroom to front-of-store inventory accuracy, 77% to reduce time and labor costs, 70% to reduce store out-of-stocks, 55% to increase store replenishment efficiency and 53% to support omnichannel fulfillment.

Since Kurt Salmon’s study in 2014, the most widely asked questions have been around the ROI for RFID technology. Retailers looking to pilot RFID want to understand how the industry is achieving results and determine whether the ROI is sufficient when measured against other investments. The 2016 study has proven that retailers are laser focused on ROI and have captured these metrics. Retailers reported they are on average using RFID in six typical use cases, each showing a positive ROI. Key use cases of RFID have a direct impact on increases in revenue and reductions in markdowns and labor costs.

Retailers are measuring the metrics illustrated in Exhibit 2 to develop the business case and ROI for RFID technology.

As shown in Exhibit 3, retailers reported multiple use cases with significant ROI, including large cost savings in labor, improved inventory accuracy and enhanced omnichannel fulfillment. These improvements translate into a real margin boost. For example, retailers reported a 12% ROI from labor cost savings due in part to employees conducting cycle counts more efficiently or not at all.

Meanwhile, with a 25.4% increase in inventory accuracy, the number of people who can now find the inventory they want increases sales by 5% to 25%. In fact, retailers in our most recent survey said on average, 8.7% of total sales are lost due to a lack of inventory accuracy, a problem RFID helps solve.

And improving backroom to front-of-store efficiency increases the ability to sell and the scenarios around which items in inventory can be interacted with and purchased.

Larger retailers may have a more complex benefits equation than smaller retailers and may therefore experience different benefits. For example, the study showed retailers with more than $5 billion in annual sales are using the cost of goods sold metric more frequently to capture ROI.

Not only does inventory inaccuracy cause lost sales of 8.7%, it’s also a key factor in the ability to effectively execute an omnichannel strategy. If inventory accuracy is not well above the industry average, retailers will struggle to successfully implement omnichannel initiatives because they’ll be unable to cost-effectively meet customers’ demands for “buy anywhere, get anywhere” shopping.

Inventory accuracy was key in one lifestyle brand’s decision to implement RFID. Seventy percent of the products in its outlet and flagship stores are tagged with RFID tags, and the company uses them to track products in the stores and ensure that products are on-shelf to avoid out-of-stocks, according to an interview with the company’s senior director of omnichannel product development. Following a successful pilot project, the retailer is planning to roll out RFID to most stores, especially to its busiest locations. The company is also using RFID to enable ship-from-store, which has reduced shipping time and cost while making it easier to track products and reduce manual effort.

Overall, 25% of retailers who haven’t implemented RFID said cost was one of the biggest reasons why, while 75% said they were waiting for broader industry adoption.

Size also matters when it comes to RFID’s staying power within an organization. While just 9% of retailers with revenues over $1 billion who piloted RFID decided against broader implementation, that number shoots up to 44% among retailers with less than $1 billion in revenue.

But the top barrier to RFID adoption, even more now than in 2014, is that management is focused on other priorities. In 2014, 45% of respondents said this was the main reason their company had not fully adopted RFID—that’s now grown to 86% among non-adopters.

Between the first survey and the second, the number of retailers implementing or looking to implement RFID more than doubled. And given the impressive benefits first movers are seeing, including significant improvements in inventory accuracy, out-of-stocks, cost of goods sold, customer satisfaction and more, this isn’t surprising.

Retailers who continue to wait on RFID will not only see the same levels of inventory uncertainty and out-of-stocks going forward, they’ll also fall increasingly behind their competitors when it comes to the more advanced applications of RFID implementation, including customer experience–supporting initiatives like interactive store elements.